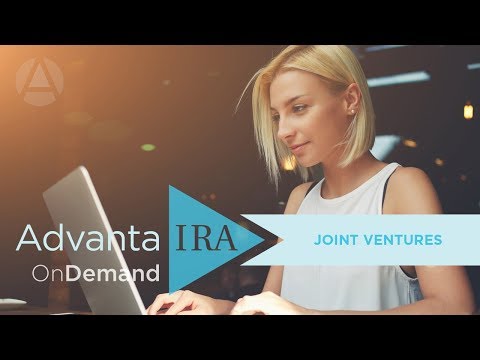 A Philosophy of Bitcoin - Do We Need One? YES! (Digital Metallism, Social Semiotics, Practical Materiality, and more)

Social semiotics posits that “meanings and semiotic systems are shaped by relations of power, and that as power shifts in society, our languages and other systems of socially accepted meanings can and do change.” (Wikipedia) Because bitcoin introduces both a new framework for understanding [digital] monies and the power structures therein, it’s easy to see why the conversation of social semiotics as it relates to bitcoin is a cogent one. Let's take a look at the work of Maurer, Nelms, and Swartz to get a better understanding.
So where do we start? How about with the basics:


“What proves crucial in our view about the semiotics of Bitcoin is the embracement of a monetary pragmatics: Bitcoin enthusiasts make the move from discourse to practice in their insistence that privacy, labor, and value are ‘built into’ the currency’s networked protocols. This semiotics replays debates not just about privacy and individual liberty, but about the nature of money, as a material commodity or chain of credits.
...
We characterize Bitcoin’s semiotics as a ‘practical materialism’, which in turn is expressed via a digital metallism. We borrow these terms from the theorist of money Geoffrey Ingham’s (2004) coinage ‘practical metallism’. Ingham uses this phrase to refer to the discursive work of commodity money theories in “naturalizing the social relations of credit that constitute money.” The discursive politics of Bitcoin involves a similar foregrounding of materiality and backgrounding of credit relations. Despite the supposed immateriality of digital bits of information (Blanchette 2011), matter itself is very much at issue with Bitcoin, both in how it is conceptualized and in how individual Bitcoins are ‘mined.’”


But what does that really mean?


“Inside the operations of the Bitcoin code lies a sociality of trust that is alternately expressed and obscured by a practical materialism with two components: concerns about privacy and concerns about value. Bitcoin’s practical materialism allows the chatter in the code, the proof of work, the materiality of the machines humming and whirring in mining rigs to be simultaneously backgrounded and foregrounded. This is not simply commodity fetishism. The code and the labor are backgrounded when Bitcoin adherents become latter-day goldbugs… From this perspective, Bitcoin represents a promise like any other money form, but a promise underwritten and backed by an algorithm and its manifestation in a digital peer-to-peer network.”


“In detecting in Bitcoin an economic argument about the money supply, inflation, government, and the inherency of value, enthusiasts again trace the outlines of a practical materialism, in which the meaning of Bitcoin can be found hardwired into its code. That which makes Bitcoin meaningful– that is, its value — is specifically that which is intrinsic to it.”


“Bitcoin is meaningful and valuabe not so much as an actual complementary or alternative currency, but instead as an index of much broader discussions over the nature of money, credit and capital in the world today. The monetary value of Bitcoin rests as much in the future potential that its users imagine for it as on its current, relatively limited capacity to act as a medium of exchange. Similarly, its semiotic value grows out of the aspirations of Bitcoin adherents.”
...
“The point is not whether Bitcoin ‘works’ as a currency, but what it promises: solidity, materiality, stability, anonymity, and, strangely, community. Indeed, in its endeavor to cut out intermediaries with the capacity to direct or limit the flow of funds among users and instead build a networked world of individual nodes able to exchange directly and ‘freely’ with one another, Bitcoin combines a practical materialism with a politics of community and trust that puts the code front and center.”


What rings true for me about this paper is its attempt to begin laying the groundwork for a philosophy of bitcoin as it relates to the [changing] nature of money. As posited by social semiotics, the existence of terms such as ‘digital metallism’ and other signifiers of the bitcoin protocol’s intrinsic qualities reflect the shift in power (financial, social) that bitcoin has set in motion. I believe that a philosophical framework for understanding bitcoin will begin to arise out of necessity. Currently there is no real framework for this endeavor (programming languages not included), but perhaps its time we start building one. Given the practical materiality of bitcoins it seems fair that any philosophy of bitcoin should not be metaphysical, but instead practical. What do you guys think?
Original post: https://btcgsa.wordpress.com/2013/06/09/a-philosophy-of-bitcoin-do-we-need-one/
Source: http://www.scribd.com/doc/130774747/When-Perhaps-the-Real-Problem-is-the-Money-Itself-The-Practical-Materiality-of-Bitcoin-by-Bill-Maurer-Taylor-Nelms-and-Lana-Swartz

Bill Maurer (2005, p. 89) describes how value and therefore financial instruments can only be understood in terms of ‘pasts remembered, futures anticipated, and time measured’. We accept something as money because we expect that it will be accepted tomorrow. Experiments with money projects catalyze experiments with time. John Allen and Pryke (1999) draw upon Georg Simmel to demonstrate how ... Switzerland has a new rotating president as its former finance minister Ueli Maurer takes over the helm after overseeing the country’s financial sector for 3 years. The move is seen as a positive one in the eyes of Switzerland’s burgeoning cryptocurrency community, as Maurer had been at the helm of numerous positive developments in the crypto arena during his role as a finance minister. materiality of Bitcoin Bill Maurer a, Taylor C. Nelms a & Lana Swartz b a Department of Anthropology, University of California, Irvine, CA, USA b Annenberg School for Communication and Journalism, University of Southern California, Los Angeles, CA, USA Version of record first published: 12 Mar 2013. To cite this article: Bill Maurer , Taylor C. Nelms & Lana Swartz (2013): “When perhaps the ... We talked to Bill Maurer, director of the Institute for Money, Technology and Financial Inclusion, while writing our new report, The Future of Payments & Currency. Maurer approaches the topic as a cultural anthropologist—he’s a professor of both anthropology and law at UC Irvine, where he is dean of social sciences. Maurer has particular expertise […] One of the many visionary experts we’ve been able to speak with is Bill Maurer. He is the Dean of the School of Social Sciences, and a Professor of Anthropology, Law, and Criminology, at the University of California, Irvine. He is also the Director of the Institute for Money, Technology and Financial Inclusion, and his most recent books include “Paid: Tales of Dongles, Checks, and Other ...

Joint Ventures (How to Choose the Right Partner)